happy birthday. I wish you the best, on your birthday, and hope for many more.

The House of Arthadan part 2: The Winter Knight
Series: the House of Arthadan/Rogers
Characters: Bucky, Howard Stark, Tony Stark, Peggy Carter, the Howling Commandoes, Feanor, Maedhros, Original Male elf Characters(s), Michael (supernatural)
Warnings: torture, brainwashing, mind control, conditioning, rape, Mpreg, and more horrible things that you can guess Steven and Bucky underwent while under the control of HYDRA’s Red Room project.
Summary: it’s been forty years since Steve crashed the Valkyrie in the Arctic. SHIELD has been following the bloody trail of the Red Room’s most feared and Mythical Assassins, over the years. They don’t know anything about the pair and what little they have is rumor and hearsay at best. They have their code-names, and vague descriptions: One is built like a brick house, broad chest and shoulders, slim waist with not an ounce of fat on him, and dark haired; the other is tall and built like Steve, a perfect physique, dark blond hair and luminous blue eyes. They were both strong and fast; and the one with dark hair has a Metal arm. They are the Winter Soldier and the Winter Knight: Russia's mythical super soldiers.
SHIELD has been trying to capture them for decades, to no avail. And suddenly MI6 agent Arion Ingwion comes to Director Stark and Carter with their identities and a message from the Knight: they want out! That is not the most shocking thing to the pair; it’s the identity of the assassins: Captain Steven Buchanan and Sergeant Barnes.
Part 2 sees Bucky’s salvation from an unseen source: the Archangel Michael; and Steven’s slow decent into madness before rescue comes from the Howling Commandoes once again.
Crossover with Supernatural pre-series; call it a fix before the mess is made.

AN: this story will switch back and forth from half the chapter being 1985 to flashbacks of Steven and Bucky’s work as the Winter Soldier and Knight. You’ll see the Training of the Black Widows, and the stressor that finally pushes Steven to act and seek help for rescue. Stuff will be explained and back stories fleshed out. I am so sorry in advance to those of you that Love Bucky, but I have only see parts of Civil War, and from what I saw, what they did to him it was not good. I am just about to make it ten times worse. Sorry!
Characters from the last story will be seen and some new ones introduced as well. Also you’re gonna find out why Michael was so keen on getting Bucky out of HYDRA’s hands in 1985.

Chapter 1: Looking back (September 1985)
Edit 10/21/17: up to chapter 13 now, have 16 written but not yet posted.
also some very dark themes are hinted in this story so Readers Disgression is Advised.
AO3, FF.net

okay my day has been made
I just saw a fill for a ImagineSteveRogers post that I wrote! YAY!
I am soo giddy! I wasn't exactly what i had in mind but it was so good I didn't care anyway!

okay part 2 won't be coming until after the sun turns back for spring, but I have gotten some notes and such done for dividing up the story.
part 4 just got it's chapter titles and a brief read through so I can pick and chose what parts I might delete, and i think one part might just get the ax, so to speak.

thanks for following me and please keep following, I might have some art for the series up.

it's finally up. please read the AO3 version if you can, and review.
I need a Beta to help me write a better summary. I suck at them.
also there is a new set of deleted scenes to read for the story. I couldn't make them fit, so I left them out for the bonus chapters.

I would love it if someone could make me up some cover Art. I banner would be cool, but if no one is interested, i'll do it myself.

I did it!
Part 1 of the five part series is complete. i just need a Beta to ensure i don't make any silly mistakes.
i was crying towards the end of the Captain America cannon stuff i wrote, and if i do say so myself, i think i did a pretty good job.
i recomend listening to the soundtrack of the last call with Peggy from Steve while reading that part: it will make you cry. it made me cry!
I want you all to read it and follow me as I finish posting the last parts.

I might have a beta! Yahoo! I have no idea how it works! I am glad though, this guy picked up on things i didn't notice or just fudged because i didn't know. I hope they take up the challenge. they'll be in for a very long haul if they do, part 1 of five, not including the little timestamps I outlined for after this is finished. I need to finish this before winter, or even the first frost, because once that happens I won't be typing until the spring thaw! it is way too cold in my studio/office.

A Light from the Shadows: Part one of the House of Arthadan Series.
Part one is up for viewing. its only the first two chapters but I have 7 of 18 written, so I am being generous.

Characters:Bucky Barnes, Steve Rogers, Sarah Rogers, Joseph Rogers, George Barnes, Winnie Barnes, Becca Barnes, Original Cannoncal Characters, Original Characters, Feanor, elves, Haldir, the Howling Commandoes, Peggy Carter, Howard Stark, Col. Philips, ect.
Summary: What if Steve Rogers had more than just human blood flowing through his veins that gave him the potential to become the first Super Soldier; what if he carried the Blood of Numenor? What if Bucky'd had a child during the middle of the war. Steve Rogers and Bucky Barnes are in for a hell of a ride through the most violent and bloody war in world history; and in the middle of it all, a life is about to be born that will change the fates of them all.
Follow this tale as it unravels over the span of two thousand years, from the Fall of Numenor, to the crash of the Valkyrie in 1945. this is part one of the House of Arthadan/Rogers Series

chapters 1, 2 and 3 on AO3, and chapter 1 and 2 on ff.net
Please read and Review on either site, and give me a Kudos or fave if you like it.
looking for a beta for this, just so you know. and maybe a second artist. I'v got some work done but I would love a banner or something.

I have a visual aid for one of my characters from my series
this is an unfinished version. I will post the better fullly completed version later. but for now enjoy.
This is Yasha 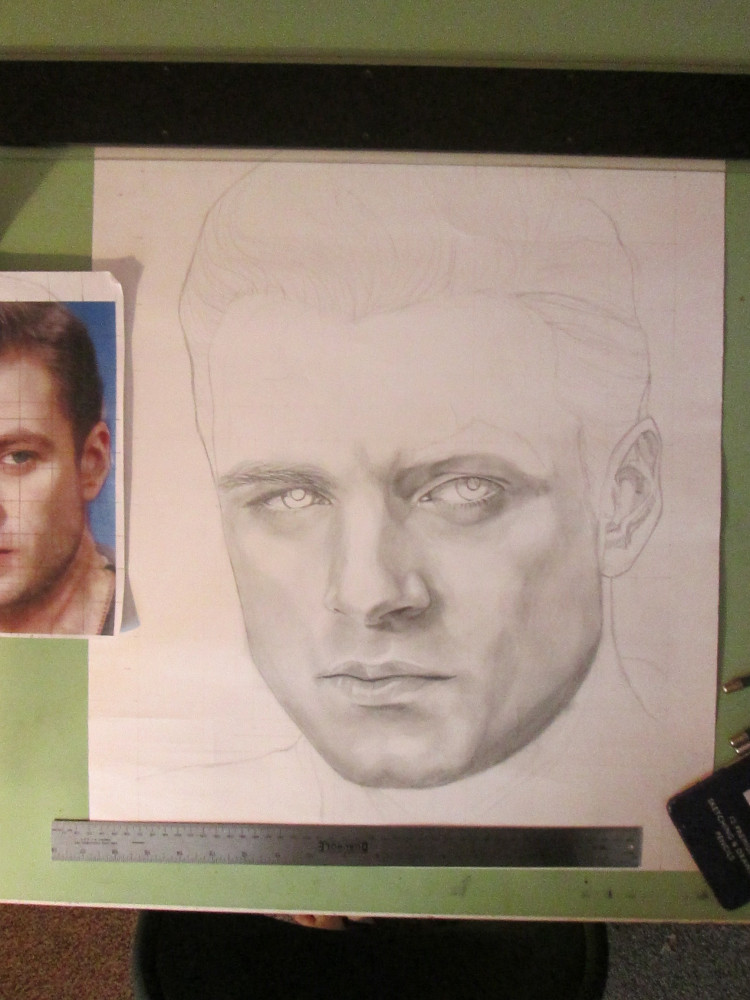 I have two photomanips that I did today for my new fic series. I cannot choose which I like best so You guys get tot choose.
the only criteria is this: must look enough like Steve to be scary but have a bit of someone else so that it isn't just a clone.
this is a Stucky pic, so please be nice. I spent a few hours on it.
Poll #2043562 Manip Drawing vote

Open to: All, detailed results viewable to: All. Participants: 0

there is a larger version of the pic here at my DA account.
please vote and comment.